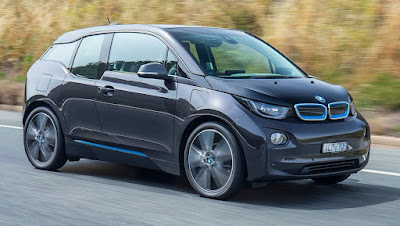 BMW will boost the range of its i3 electric car by about half for the 2017 model year.

This summer, the lithium ion battery pack of the compact EV will be improved, “which puts it into a much more usable range,” Ian Robertson, BMW AG board member for sales and marketing, told Automotive News at the Detroit auto show.

BMW doesn’t have the exact figure yet, but a 50 percent increase means about 200 km on a single charge, up from the current 130 km (EPA).

According to the Fueleconomy.gov website, the list of the top ten most fuel efficient light vehicles includes nine electric vehicles and one plug-in hybrid-electric vehicle. Electric vehicle fuel economy is measured in miles per gallon […]