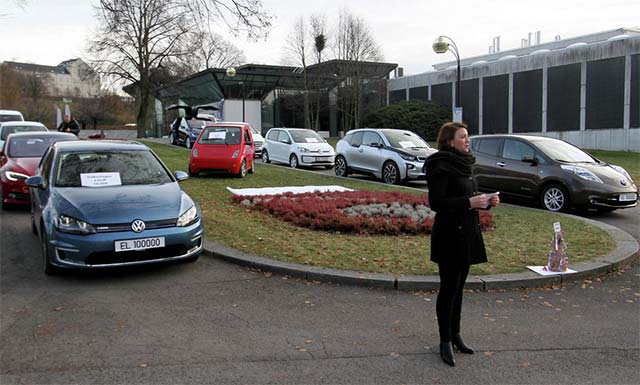 At the same time the last quarters show that the Norwegian market is stabilising – a market which is the undisputed Nordic leader within sale of battery-powered vehicles.

A noteworthy event is that the sales in Norway seems to have peaked:

”The recent quarters show that the sale in Norway seems to have stabilised. Even though Norway still is the leading market in the Nordic, we will see that growth will come from Sweden and Finland in 2017”, explains Jens Christian Morell Lodberg Høj, Team lead E-Mobility at Insero.

In total 45,384 battery-powered cars were sold in Norway during 2016, which account for 73% of the total sale in the Nordic countries. Sweden enters second with 21% of the total sale followed by Denmark and Finland with respectively 3% and 2%.

In total 8,233 plugin hybrids and 8,528 electric vehicles were sold in 2016 across the Nordic countries. Plugin hybrids are especially popular in Sweden and Finland, where the segment represented respectively 76% and 85% of the sale in the fourth quarter.

”We have seen plugin hybrids gaining a large market share increase. This is amongst other things due to the growth in Sweden and Finland, but also that the Norwegians seems to have opened up a new part of the market. We expect that plugin hybrids will continue to represent a solid part of the total sale in the years to come”, says Jens Christian Morell Lodberg Høj, Team lead E-Mobility at Insero.

The post 61,848 Plug-in Vehicles Sold in the Nordic Region in 2016 appeared first on Electric Cars Report.

The Swedish plug-in electric vehicle market surged 161% in September, having registered 1.591 units last month. Year-to-date, the registrations are up 84% to 9.407 units, making this one of the hottest PEV markets in Europe. […]

One of the most important new cars of the 2016 model year isn’t some 600-horsepower sports car, or a big crossover wagon. It’s the hybrid that started it all, or at least made hybrids what […]