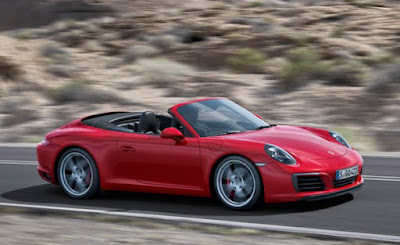 Porsche aims to offer hybrid versions of all its models in the foreseeable future, Porsche Chief Executive Oliver Blume told a German newspaper.

A plug-in hybrid of the 911 model with a range of 50 kilometers (31.1 miles) will hit the market in 2018 already, Westfalen-Blatt quoted Blume as saying in a summary of an interview to be published on Monday.

Porsche said last month it would spend about 1 billion euros ($ 1.08 billion) on production facilities at its biggest plant to make its first ever all-electric sports car, reflecting parent VW’s growing commitment to increase its electric offerings as it struggles to overcome an emissions scandal.

Porsche plans to bring the Mission E model, with more than 600 horsepower and a range of over 500 km, to market by the end of the decade.

At the same time, CEO Blume said he did not believe driverless cars were in Porsche’s future, saying “an iPhone belongs in your pocket, not on the road”, and that Porsche did not need to team up with any big technology companies.

“Partnerships are generally not a bad idea if one’s own competencies are insufficient. But we are on the one hand part of a strong company and on the other hand have no plans to lead the charge in this area. We’ll leave that to others,” he said.

Nissan is celebrating 5 years of the LEAF and Tesla Australia is celebrating 1 year in Australia. With the upcoming New year I thought it would be good to look back at the history of […]

We first heard about Plugless Power’s plan to provide aftermarket wireless charging units for the Tesla Model S awhile back, and the company released a teaser video during development of the EVSE this past Spring. […]