Porsche will spend about 1 billion euros ($ 1.09 billion) on production facilities at its biggest plant to make its first-ever all-electric sports car.

The Volkswagen-owned manufacturer will create more than 1,000 new jobs at its base in Zuffenhausen in Germany where a new paint shop and assembly line will be set up to build the battery-powered “Mission E” model, Porsche said on Friday.

VW has said the next generation of its VW-badged flagship luxury saloon Phaeton will be electric and it plans to expand the so-called MQB modular production platform to focus more strongly on long-range plug-in hybrids and electric vehicles.

Analysts have warned that VW’s admission of rigging diesel emissions tests could cast a shadow over the diesel vehicle industry.

Porsche’s Mission E model, due to come to market by the end of the decade, will be more than 600 horsepower and have a range of over 500 km (310 mile).

“We are sending a significant sign for the future of the brand,” Chairman Wolfgang Porsche said after a meeting of the supervisory board which approved the investment.

Some 700 million euros will be spent at Zuffenhausen where an existing engine plant and body shop will be extended, and the rest will be invested in Porsche’s development center in Weissach, the carmaker said. 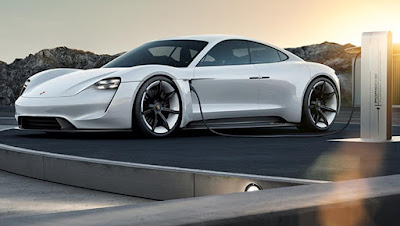 The folks over at DragTimes have appointed themselves with the task of pitting the Tesla Model S P85D against seemingly every high-performance ICE car out there. This matchup see the P85D square off against the […]

Electric vehicles are a growing part of transportation solutions. Renault recently released a short video explaining EV environmental benefits to the world, mainly air quality in the city and global warming. According to the presentation, […]