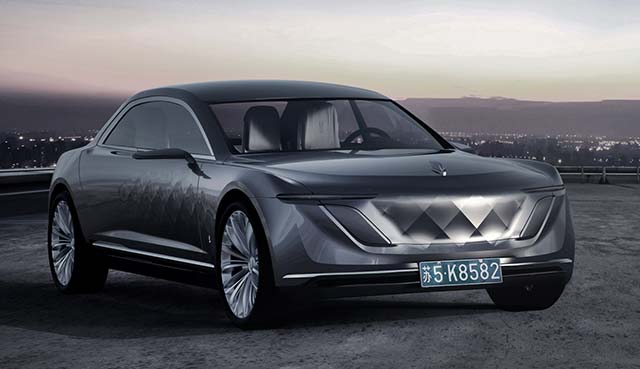 Designed by the Kadler design studio situated, Varsovia (named after Polish capital Warsaw), was designed with a minimalist ethos and a focus on health.

The main aim which motivated the originators and designers was to create an exclusive car, whose functionality and equipment clearly exceeded the offer of other producers. Varsovia broadens the definition of a luxury vehicle, being not only a wonderfully made and equipped means of communication, but also a comfortable place for work, entertainment and relaxation. 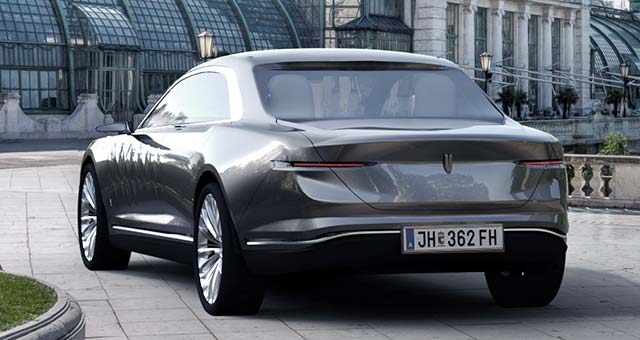 The meeting of the main principles was started with the reorganisation of the seat arrangement in the cabin. The lack of the front passenger’s seat allowed to create additional space and to make it more convenient for one of the back passengers. That permitted the designers to make a priority seat with a unique space and facilitated access, thanks to a large door which opens upwards.

A significant aspect in the designing process of Varsovia was to provide the users with an exclusive workplace which would allow them to fulfil their work-related duties when travelling.

The basis for the functioning of a mobile office is an extended audio-video system, together with a builtin computer and an advanced information system. It can pair with all the mobile and computer devices on board, and enable to work remotely without them, without having to take them out of a bag or pocket; a superfast access to satellite Internet allows to communicate from every corner of the world.

The data and functions of the system are shown on two large 19-inch transparent displays, which – when folded – integrate with the glass roof of the vehicle and become completely non-invasive. Thanks to the use of innovative matrices the turned off displays are 90% transparent – when they are folded, they function as a roof window, but they can simultaneously show any given images, e.g. they can imitate a view of a night sky during the day; when they are unfolded, they create a double panoramic screen with a record diagonal of 38 inches. The operation of the equipment is possible thanks to a built-in tablet, keyboard and mouse. In addition, passengers have folded tables with a special mechanism for the stabilisation of level at their disposal. 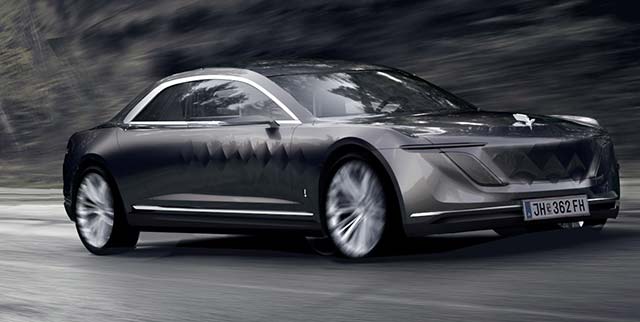 Such an extended system makes it possible to easily use all the applications and programs installed in the personal computer or phone, as well as to hold teleconferences or use the Internet or TV.

The basic motto of luxury is quality. This was also the key word during the designing and matching the materials inside the vehicle. The whole interior is made of top-quality natural materials – wood, leather, aluminium, silver or mineral rocks. No element inside the car is made of plastic, which not only increases passengers’ comfort, but also reduces the troublesomeness of the vehicle for the environment, both at the stage of its construction and utilization. Passengers’ health is an exceedingly important aspect, which is why the parts that have the most contact with passengers’ hands are made of antiseptic material, which minimises the growth of bacteria and microorganisms. In addition, the materials that are most exposed to pollution, such as carpets or leather surfaces, have hydrophobic properties, which prevents the dirt from settling. 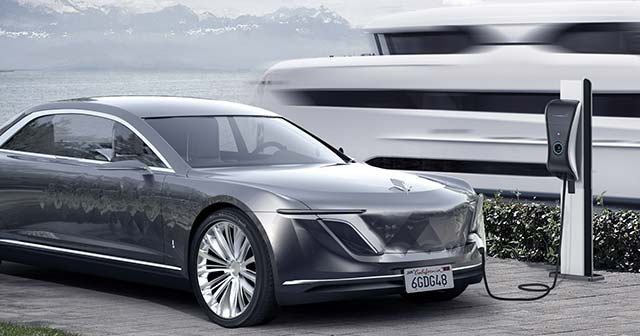 The Varsovia sedan is an electric car with a range extender like the Chevrolet Volt. The drive is powered by electrical engines, but a small internal combustion engine can be used as a generator to power those engines if the battery is depleted. The total electric range of the vehicle is about 350 km (217 miles), and every filling-up with conventional fuel increases it by another 500 km (311 miles). In this way the total reach of the vehicle with a full battery and fuel tank is about 850 km (528 miles). 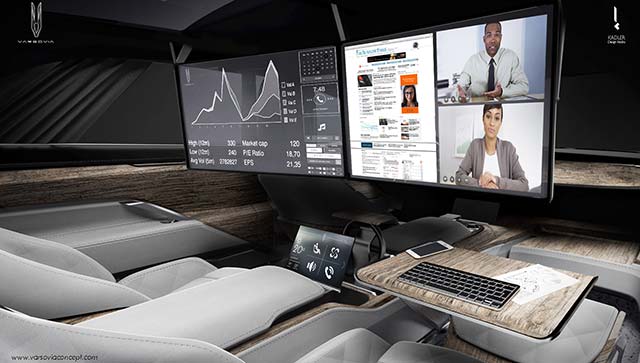 The entire plating of the body and a part of construction elements will be made of composite material, and in order to ensure the lowest possible negative effect on the environment, the composites will be based on natural, biodegradable fibres. The predicted weight of the vehicle will be little over 2000 kg. The acceleration from 0 to 100 km/h (0-62 mph) will drop below 5 seconds, and maximum speed will significantly exceed 200 km/h (124 mph).

Varsovia said its intent to create a “full-size prototype” to debut at an unspecified international auto show in 2017. Its first model will be produced sometime after 2018 with the goal of producing no more than 50 cars a year. 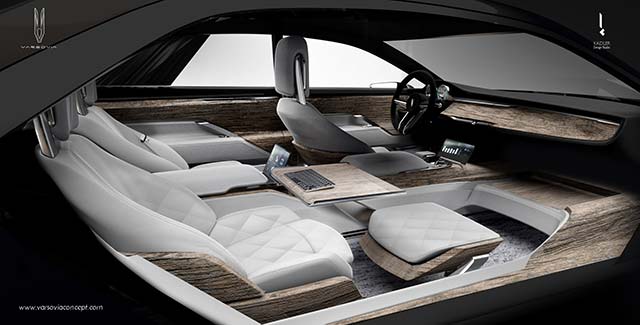 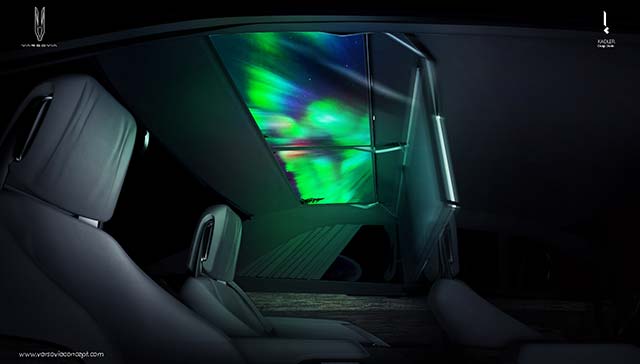 Alta Motors, the San Francisco-based electric vehicle company and creators of the RedShift – a line of electric motocross and supermoto motorcycles – today announced that the company delivered its first motorcycle to customers Eric […]