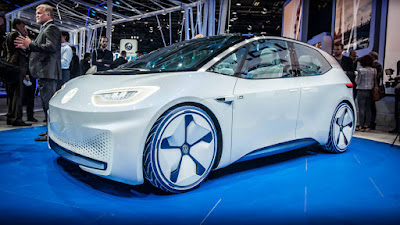 Volkswagen will invest €3.5-billion (US$ 3.7-billion) in e-mobility and digitalization for its German plants.

To bring Volkswagen up-to-date in the future-oriented areas of e-mobility and digitalization, the company will be making a massive investment in new technologies. The German plants are to enter the field of developing and producing electric vehicles and components. A pilot plant for battery cells and cell modules is to be developed. Volkswagen will be investing €3.5 billion in the transformation of the company.

New competences in future-oriented areas are to be developed at the various locations. About 9,000 additional jobs with a secure future are to be created. Volkswagen will mainly be filling these vacancies with existing employees and will also be recruiting specialists from outside the Group. Over the next few years, Volkswagen will be cutting up to 23,000 jobs via natural fluctuation and partial early retirement, taking the demographic curve into account. It is expressly stated that this reduction in the workforce will be accomplished without compulsory redundancies.

The pact for the future includes agreements on new future-oriented vehicle products. The plants at Wolfsburg and Zwickau are to assume responsibility for the production of electric vehicles based on the Modular Electric Drive Kit (MEB). In order to ensure efficient capacity deployment, a further model is to be produced at the Emden plant. At Wolfsburg, an additional Volkswagen Group vehicle will also be produced.

Future-oriented work is to be divided between the main German components plants. Brunswick will continue to produce the battery system for the Modular Transverse Toolkit and will also be developing and producing the battery system for the Modular Electric Drive Kit (MEB). Kassel is to develop the MEB drive system and to be responsible for the assembly of the entire system in addition to electric transmission production. Salzgitter will produce and supply MEB drive system components. In addition, the plant will be building a pilot facility for battery cells and cell modules.

By 2020, the Volkswagen brand intends to be completely repositioned.

Kennebec Journal Electric cars playing catch-up to hybrid cousinsMiamiHerald.comAs they evolve, electric cars are becoming more and more affordable, particularly the Nissan Leaf which dropped its price about $ 6,000 from 2012. Below are 2013 […]

You might be driving an electric car sooner than you thought

theconversation.com – There is huge potential for using electric vehicles to tackle climate change, give us cleaner air and grow the green economy. The question is, when it will make sense for most of us […]