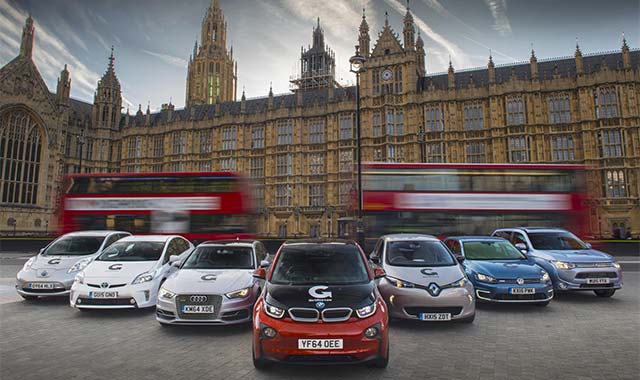 UK automotive executives expect that more than half of today’s car owners will not want to own a car in less than a decade, according to KPMG’s Global Automotive Executive Survey 2017.

The survey found that 74 per cent of UK automotive executives think that until 2025, more than half of car owners today will not want to own a vehicle, as self-driving technology and mobility as a service will take priority.

John Leech, UK Head of Automotive at KPMG, said: “The UK is particularly suited to the early adoption of self-driving cars consumed as a service. Our greenbelt policy has created a relatively dense urban population which, when coupled with our high fuel prices, means that so-called “robot taxis” offer a greater cost saving to the UK public, compared to European or North American markets.  I believe robot taxis will revolutionise UK urban transportation in the second half of the next decade.”

“Improvements in the cost and range of battery technology, coupled with growing concern over the emission of both carbon dioxide and nitrogen oxides from diesel engines, means that almost the whole automotive industry believes that the mass adoption of electric cars will happen during the next decade,” said Leech.

With consumers shifting to using cars but not owning them, it’s likely there will be fewer cars and therefore less money to be made from building vehicles in the future. This does not worry the majority of automotive executives: 85 per cent of the respondents said they are convinced that their company will generate higher revenues by providing new digital services, than selling cars alone.

“Carmakers plan to sell a myriad of new digital services to vehicle users. Today carmakers already make substantial profits from the sale of consumer finance and annual vehicle insurance but this will grow in the future as innovative services such as remote vehicle monitoring and the integration of the car as a focal point in people’s ever more connected lifestyles are demanded by consumers.

“For the auto industry this implies that pure product profitability is outdated. Carmakers’ success will not be evaluated solely on the quantity of vehicles sold, but on the customer value over the whole lifecycle – especially when the digital ecosystem will be ready for the market.

“So OEMs need to rethink. More than three out of four executives believe that one connected car can generate higher revenues over the entire lifecycle than 10 non-connected cars.” concluded Leech.

How Many of Our Vehicles Could Be Electric? How Does 87% Strike You?

bloomberg.com – With all the limits on electric vehicles—battery life, cost, the availability of charging stations—you might expect that at most 50 percent of the vehicles on U.S. roads could be replaced by more-s… The Electric Vehicles […]

EVgo is celebrating National Drive Electric Week by offering its drivers free charging on its leading national network from September 10 through September 18. Throughout the week, drivers with a valid EVgo charging card can […]

Rode through after a 17 hour ride yesterday that took me 454 miles, I gave myself an extra 45 minutes to sleep, so today I started at 8am instead of the usual 7am. I thought […]